This shop uses cookies - both for technical reasons and for improving your shopping experience. If you continue to use the shop, you consent to using of cookies. (read)

Urinal drain holes on the crotch band of the stainless steel chastity belt for women and men.

Surely you have often wondered how the urine of the stainless steel chastity belt can be led outside? This is relatively easy to explain. Each crotch band of a chastity belt has urinal drain holes integrated in the crotch band directly under the penis tube. These are arranged next to each crotch band in three rows.

How does the "urine-drain" function for men and women chastity belts?

Function with the ladies chastity belts:

With the women the urine is let out first by the front shield then by the long hole. Then it runs through the urinal holes of the crotch band and finally reaches the outside. Also here it is important to learn to drain the urine controlled to the outside. So also the ladies chastity belt does not have to be discarded when urinating.

Function with the male chastity belts:

In men, the urine is released into the penis tube. Afterwards the urine runs further through the long hole of the front lid to finally reach the outside through the urinal holes of the crotch band. Also here it is important to learn to let the urine slowly escape, so that the urine has enough time to get outside. With a little practice it is no longer a problem. Everyone develops his own best solutions and positions to cleanly transport the urine outside.

Have a look at our chastity belt models in our online shop to see which different models are available for men and women. Surely you will also find the right model for you. 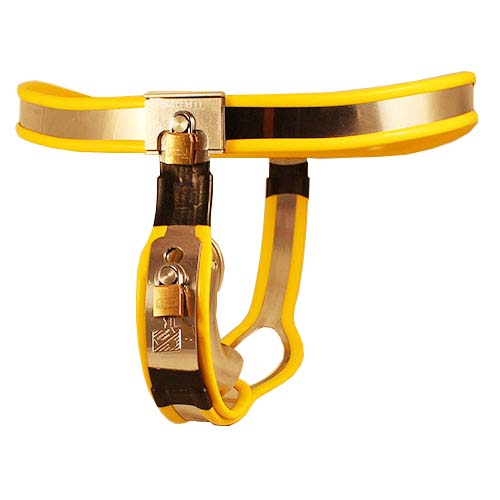 On the picture you can see the urinal holes in the crotch band of our chastity belt models. The urine can get outside through the holes and the chastity belt does not have to be removed to urinate. This applies to ladies and gentlemen chastity belts. 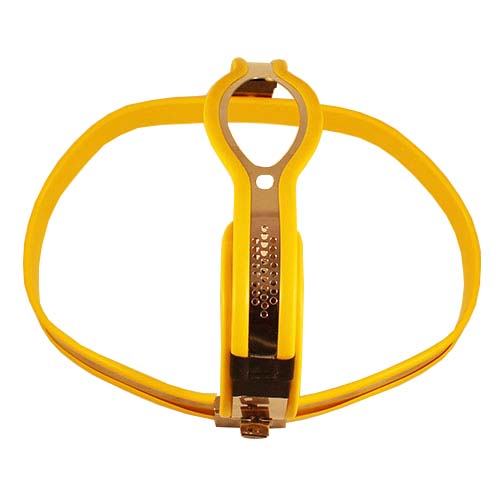 How do i measure?

Location of our company

You do not have to pay sales tax for goods delivered outside the EU!

To see our products without sales tax, create an account in our online shop. Then enter your delivery address and if the country of delivery is outside of the European Union, you will see all articles without VAT displayed (only when you logged in).